Ideal positioning of the mirror in bedroom

Hello folks, this is the first post of the year and today i want to emphasize on the point that, we remain a learner through out our life.
No, this is not some philosophy that am starting the year with, also considering that one month has just zoomed past!

Okay, so I will straightaway jump to the point. We moved to our current house almost 5 years back on Valentine's eve. We had entrusted all the carpentry work to a fellow, whom we already knew. The ideas were mine but he executed them and he did it well!

In the master bedroom, the wardrobe has a very simple design but there was just this one request from me. I had these Dhokra frames and I wanted them incorporated on the doors.The space allowed us to have two double door wardrobe side by side and another single one.
I suggested that the single door should have provision for a mirror as well.

There as you can see is the wardrobe. 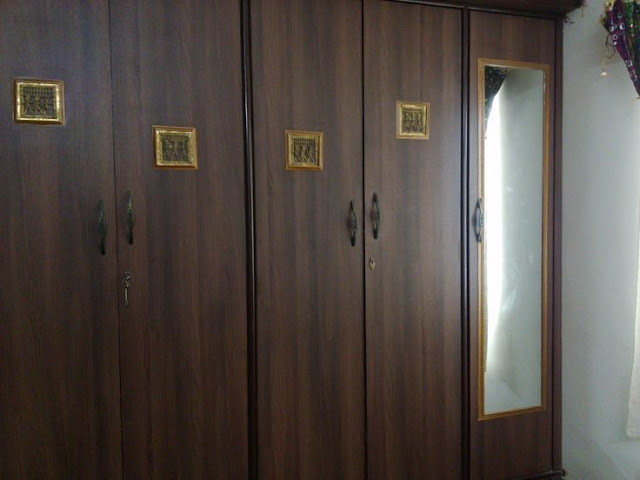 From the start the carpenter was apprehensive. But I couldn't really fathom the reason. He did not want to provide for the mirror. But whenever I asked him he would give me some lame excuse. And since, I had no other wall to spare, I did not give up. He agreed and as you see in the image, the mirror was fixed. You can also see how the mirror is right next to the window. 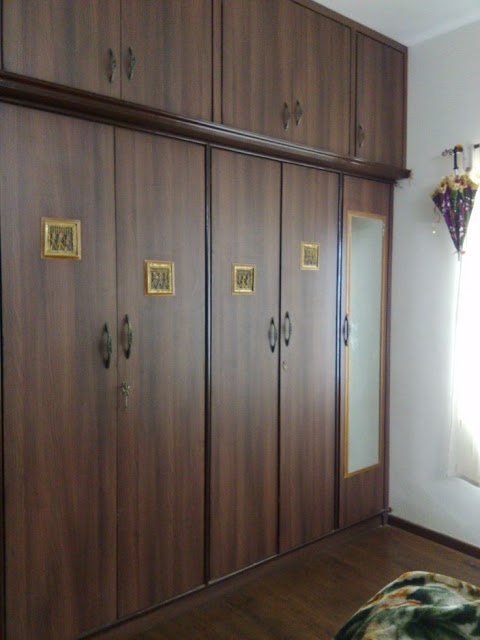 We slowly settled in our new home, all happy and geared to start the new innings. The first time I stood in front of the mirror, I couldn't see my reflection properly. The sun shone brightly on it. I thought I should fix the curtains asap...

You are thinking where is all this leading to! Read on...
The curtains were hung.A floral white one but since it was not a thick one, the problem remained the same. I could not see my reflection on the mirror properly because of the sunlight streaming right thru the curtain as well!

Then, I hung a real thick one which blocks all the light in the room but alas the problem remained at the core. Now the reflection is still okay but  as I stand in front of the mirror the edges of the curtain pose a hindrance.You cannot stand in front of the mirror and drape a saree or comb your hair because the sides of the curtain do not let you work without bothering. They always brush against you.
I should think of blinds next! What do you feel?

Now, this is where the learning part kicks in. I called the carpenter after a few unsuccessful attempts and then he says that he was reluctant  because of this exact reason...oops!! Sometimes, we should just give in and listen to these fellows. They are really good at their craft. If only I could have been a little more trusting.

Well, a few days later, I found my own solution.Shifted a cane mirror from our guest bedroom to the master bedroom. This is called making peace with the situation! 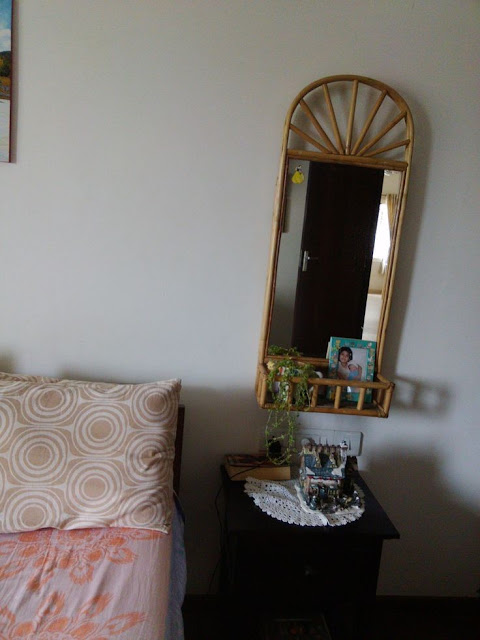 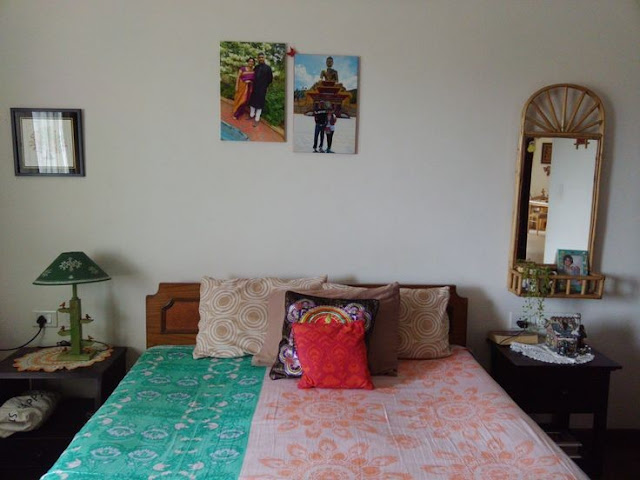 1. Mirrors should be placed such that there is ample space on either side of it, so that it doesn't restrict our movement.

2. Always consider the lighting factor in the room before placing the full length mirror

3. Those subtle hints that the carpenter gives you is of utmost importance. Sometimes prodding them a little more, only works to our advantage

Posted by Sangitha Aanand at 2:53 PM No comments: 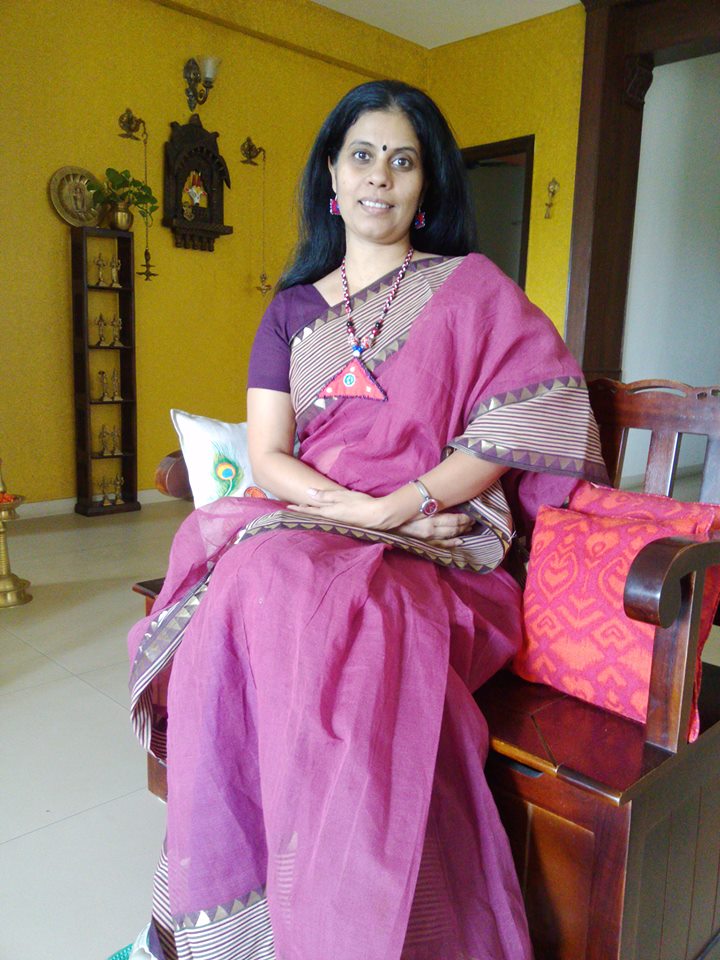